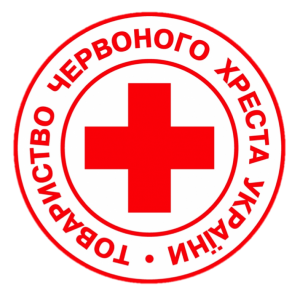 Ukrainian Cossack Dancers have entertained audiences of all ages in the Americas, Europe and Asia, performing a traditional Cossack dance routine consisting of acrobatic tumbles, jumps, breathtaking spins, splits, leaps and the infamous Cossack kicks. COSSACK DANCERS are based in New York City.  For their program, the number of dancers can be changed to accommodate the budget and size of the event. All dancers of the company are highly trained professionals who reproduce the explosively energetic ethnic Cossack dances in stage adapted form.

Ukrainian Cossack Song and Dance includes folk dances and songs from Ukraine.  Their program can be all music, all dance, or combination of both.

The company was founded by Ukrainian-American choreographer, teacher, and dancer Andrij Cybyk in 2007. Andrij is American by birth, Ukrainian by heritage and Gypsy at heart. He began his dance training in Ohio, where he studied Ukrainian and Character dance with Dave Wozniak and Markian Komichak in the ensemble Kashtan and Ballet at the University of Akron Conservatory of Dance. When he was a teen, Mr. Wozniak took Andrij to his first Dance Camp with Roma Pryma Bohachevsky. Two years later, he began attending her Dance Workshop at Verkhovyna, a training ground for the best Ukrainian Character dancers in North America and was invited to perform with Syzokryli, her New York based dance ensemble. Andrij attended Duquesne University where he broadened his dance training and experience by performing over 360 shows with the Duquesne University Tamburitzans. In the Tamburitzans, he had the opportunity to study with some of the world’s greatest masters of Eastern European Folk dance. Andrij went to Ukraine and attended the Virsky School of Academic Ukrainian Folk Dance in Kyiv, Ukraine. He graduated with the title Artist of Ballet and returned to the United States. He now lives in Queens, New York and pursues dancing full time. He has been featured as a guest artist and principal dancer for the following dance companies: Anglo-American Ballet Company, Brighton Ballet Theater, Connecticut Ballet, New Jersey Ballet, Shore Ballet Company, Michael Mao Dance, Nai Ni Chen Dance Company, Cossack dancers, and the ALLNATIONS Dance Company.