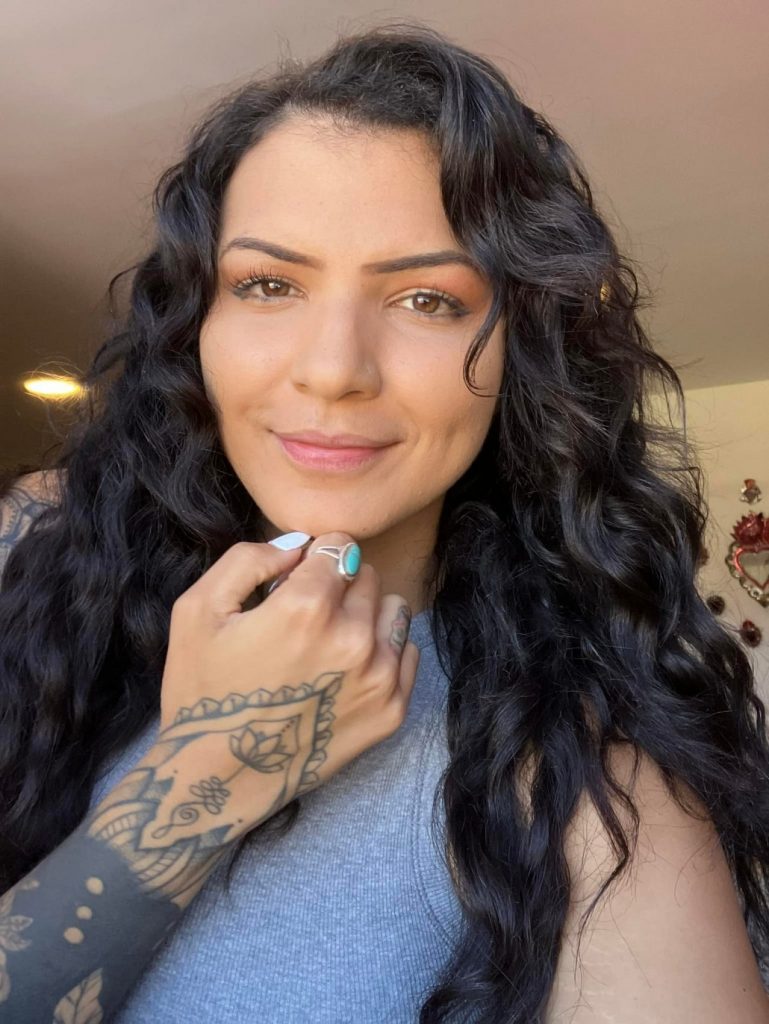 Angelica Maria can do most anything.  She is versatile at leading workshops for DEI and Orientation, performing her own poetry and music, and being the leader that inspires participants to find their own story to share as a tool for healing. We are excited she will present her workshop “Say My Name” at NCORE on June 4th!

Angelica Maria is a second-generation Chicana writer & musician from Los Angeles, CA. As a finalist of the National Poetry Slam 2018 & The Woman of the World Poetry Slam 2019, her work has brought her to present around the world at The Tedx Stage in Vail, Colorado, The National Art Museum of Mexico in Mexico City and countless universities across the U.S including Harvard & Pratt University in New York. Focusing on telling stories & highlighting narratives of femme latinas in literature & music, her work has been featured on Button Poetry, Tedx, & in 2020 she was hired to create a custom poem for Facebook’s National Campaign “My People, My Power”. Angelica’s work has been published in renowned anthologies such as “The Breakbeat Poets: LatiNEXT 2020” on Haymarket Press, “The Latinx Poetry Project” on Alegria Publishing, & “Poem For Girls Becoming Themselves” on Workman Publishing. Her latest venture has been into music, where she mixes poetic lyrics in Spanglish with smooth R&B beats, her latest single “Me Vale” was released this year to all streaming platforms, and has been played on multiple different radio stations throughout Mexico City.