My Thoughts on Moving Forward after Weinstein 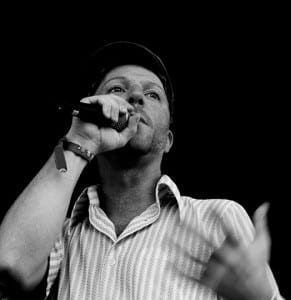 My Thoughts on Moving Forward after Weinstein’s Conviction – Graham Hackett

After what felt like a couple of lifetimes between the revelations of sexual misconduct and assault committed by Harvey Weinstein and finally seeing him in court, the #MeToo Movement has morphed into an entirely different social phenomenon. Survivors painfully recounted their horror stories of being victimized by this influential predator, and now we know that at least a measure of justice will be imposed. But even with punitive action against the mogul, the satisfaction of punishing a criminal is limited. Many will regard his indictment as balancing the equation for his abuses. But we must look at the issue from a much broader perspective.

There was a moment when #MeToo went viral, a moment unlike any other in the movement to confront (and eradicate) sexual violence in our culture. With the internet firmly established as a fixture in our lives and the emergence of social media as a resource to share ideas that could reach thousands upon thousands of people, the seemingly endless accounts of suffering at the hands of predators behind that hash-tag had a massive impact on our culture, resulting in what many call “the Me Too Era”.

The social stigma and profound shame that’s long been associated with revealing a violation has prevented many (most?) victims from disclosing their experiences. When the Movement picked up speed and revelation after revelation began stacking up in our social media feeds, even survivors who had never considered sharing their story before added their voice to the massive chorus of stories exposing the breadth of the quiet, violent epidemic plaguing our population.

Beyond shining a light on this massive and ongoing crisis, #MeToo pierced not only the silence, but the personal isolation that often comes with being victimized. Perhaps for the first time, survivors could share their experiences flanked by thousands of others who’ve been subjected to similar injustices. Though it does little to heal the wounds inflicted upon them, at least a sense of solidarity could validate victims’ experiences and prove that they were not alone.

This solidarity could have had real impact too. Consider that in the first 24 hours of #MeToo going viral there were over 12,000,000 mentions across social media. Imagine if the movement had been cultivated and survivors were encouraged to remain unified and realize the strength they possessed as a collective force for change. If the millions of survivors all applied their attention and effort to taking action, there could have been a seismic shift capable of dismantling patriarchy in the U.S. As a unified voting block, #MeToo participants alone could have thrown out any officials impeding social progress towards gender equity and improving public safety.

But, as we’re all aware, these results never manifested. Before the momentum was slowed by distorted media coverage fixated on celebrity drama and influential power-brokers who casually shrugged off the outcry of millions of victims, the #MeToo Movement was effectively reduced to being seen as a weapon for taking down powerful or influential men. Being “MeToo’d” is now common language used to describe any occasion an aggressor is called out for inappropriate behavior, but there’s often a derogatory undertone, as though any accusation is somehow unjust. However, the pervasive social myth that most complaints are fake or merely attempts to get petty revenge for a break up or whatever simply doesn’t hold water. Like every other crime, false allegations account for less than 10% of reports. So, if 90% are credible, the idea that men are under siege from a plague of supposed victims crying rape just to hurt them or gain status is pretty weak sauce. Moreover, it’s a dangerously misleading social narrative setting up an adversarial condition between (many) men with – of all people – survivors of sexual violence. Really guys? They’re the real villains here? Come on.

We must interrupt these faulty narratives at every turn. Survivors deserve at least the basic respect of not immediately being cast aside as liars. Everyone has a role to play when it comes to interrupting sexist nonsense. Passive acceptance or silence makes us complicit in allowing abusers thinking they can push their luck. But if an entire community sets a higher standard, they’re far less likely to think they can get away with predatory behavior.

Look, Weinstein is just a symptom of an unaddressed and dangerous cultural condition. His punishment will hopefully offer some peace to his victims, but it is hardly a solution to erasing the conditions that led to his abuses. Only by empowering communities to uproot sexism, bigotry, harassment, stalking, catcalling, drugging, groping, assault, abuse and trafficking, can we begin the culture shift needed to eradicate violent behaviors. Raising awareness, building up social-emotional skills, and practicing empathy… this is how we honor #MeToo survivors. Advocate, however you see fit in your community, in the name of improving public safety. Consider examining and setting new boundaries for yourself and encouraging your family, friends, co-workers, classmates, club members, teammates, and loved ones to do the same. Together, we can adopt a zero tolerance stance on sexual misconduct and relationship abuse until predators are completely marginalized.

(Hat tip to Tarana Burke, catalyst of the #MeToo Movement)

Graham Hackett is a spoken word artist, speaker and activist.   He is the Founding Director of NonToxic Relations and serves as the Social Change Program Manager for Advocates of Routt County, empowering communities with cultural awareness and skill-building opportunities to confront sexual violence and domestic abuse.