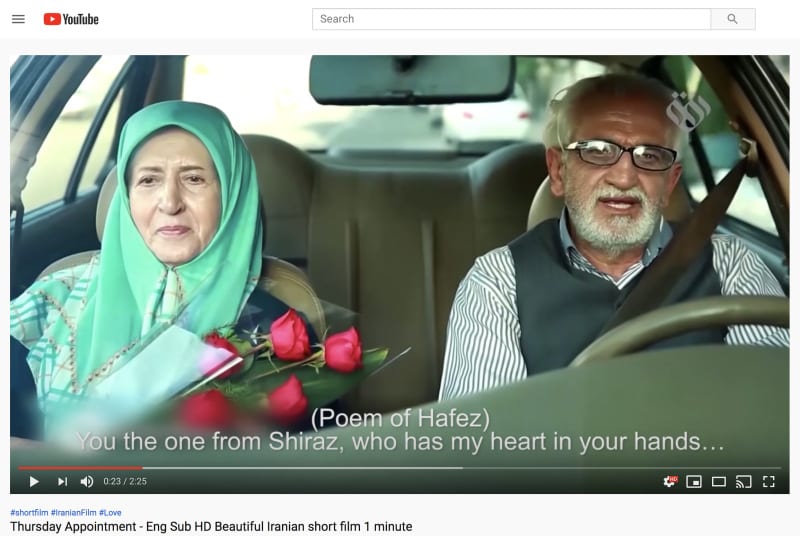 Cultural diplomacy | A Peace of My Mind

In the autumn of 1990, Karen and I were in Europe. It was a three month no-frills backpacking tour and most of our entertainment consisted of wandering the streets and countryside and people watching. Tickets to just about anything were out of our budget.

But in Prague, we made an exception. There was an evening concert by an Iranian folk ensemble. At the time, the United States was still reeling from the hostage crisis. The 52 American hostages in Tehran had been released just nine years earlier and cultural exchanges of all kinds were banned. There was no chance of ever hearing an Iranian folk ensemble in the United States.

Maybe it was that diplomatic limitation that piqued my interest. Maybe it was the curiosity to be up close and personal with people who were officially deemed “the enemy.”

It was a lovely evening. The music was beautiful. The musicians engaging and the audience appreciative. After the performance, the musicians greeted the crowd as they left the theater. In spite of the language barrier, the brief encounters were warm, genuine and full of laughter.

As we walked back to our hostel, it occurred to me that this sort of human interaction and cultural exchange was bad for the business of war. A night of beauty, warmth and laughter with Iranian musicians would make it infinitely harder to press the case that Iran was our mortal enemy. Better to keep the people separate. Better to control the narrative and ensure that others couldn’t balance it with first-hand experience.

On Christmas Eve of 1914, German and British troops ceased their battle and instead sang Christmas carols to one another across the front lines. In the morning, a few soldiers ventured out of their defensive bunkers and greeted one another on the battlefield. More followed They shared cigarettes. Laughed. Exchanged family photos and enjoyed a few moments of humanity together.

As the story goes, the commanders recognized that this sort of socialization could derail their war effort. You’re not going to shoot at people you’ve come to see as friends. In short order, a new rule was passed that forbade any sort of interaction with the enemy. Better to keep them separate. Better to limit any first-hand knowledge. It’s easier to shoot at a nameless, faceless enemy.

Before you tell me that my view is simplistic, I’ll argue that we are fed a narrative that serves political purposes. Watch for it. Listen for it. And resist the temptation to hate others when told it is appropriate.

Last night a friend shared a short video on social media that reminded me of my experience in Prague. In the shadow of saber-rattling, posturing and ego around our current relationship with Iran, my friend shared a 90-second film of a sweet and human story out of Iran. You can watch it here.

Here is an HD version with English subtitles, but watch it first without the benefit of translation. I am amazed at how much can be communicated without language.

There is beauty, wisdom and love all around us. We do well to see it.

You may say I’m a dreamer, but I’m not the only one.

John Noltner of a Peace of My Mind